What five elements lead to a contented cohesive society in which individualism can fulfil itself without being inimical to the interests of others? Is it too Utopian? Can it be achieved?

How are we doing on these measures? First, peace and security. Collectively, we have seen the capacity for cyber attack and you do not need to view science fiction movies because it is here already. Generals and politicians fight future wars on the basis of the ones before which is not particularly helpful. Civilians, not armed services personnel are now principal objects of attack – so a cyber attack may well be aimed at detection and anti-missile systems but it is also going to be aimed at cutting off electricity and water supplies. At home a growth in gang violence and the tragic loss of young life, often associated with drugs trafficking, needs a multi-pronged approach. More policing and sentencing have a part but, ultimately, the local community has the greatest intelligence and needs support in finding local solutions. When primary school children carry knives for personal protection society is failing them.

Self-respect and self-fulfilment. A measure of the perception of the problem has been the Ministerial appointment for Loneliness. It is ironic that in these days of the greatest ever interconnectivity we see individual isolation and, as I mentioned, an increase in mental disorder – again recognised by the Government with increased resources into this area. But Governments can only point in the right direction and give a measure of practical support – the real effort has to come from the community at the basic level between neighbours and friends – if they are not looking out for you then few will. There is a danger that having a reasonably sophisticated welfare state creates a sense of exoneration for the rest of the public for those around us when we are the only ones who can effectively help prevent social damage. We have a welfare state and every generation will argue over whether it is less or more generous to certain classes of people such as the disabled and the unemployed. The simplification and melding of this system with that of taxation is a noble ideal but it must be phased in a way that does not create manifest injustices. Many decades ago Germany encapsulated the idea of the “social market economy” – the pursuit but taming of the worst excesses of capitalism in the collective interests of society. We would do well to try to emulate that idea and have it as a principle to our approach to these matters.

Freedom. The camps in China and North Korea, the suppression of minorities, continuing genocide and targeting of the press are in the media on a daily basis and serve to remind us that freedom often comes at a heavy price. We must not be complacent about it because mostly we escape such things in this country and we must not be apathetic to it elsewhere in the world. Once such scapegoating or oppression starts anywhere, including in Europe, it is the thin end of the wedge. The German pastor Martin Niemoller who was first an adherent then a staunch critic of the Nazis, was imprisoned and narrowly escaped execution, summed it up in his famous poem

“First they came for the socialists, and I did not speak out—
Because I was not a socialist.

Then they came for the Jews, and I did not speak out—
Because I was not a Jew.

Then they came for me—and there was no one left to speak for me.”

We really are our brother’s keeper.

Sense of belonging. I mentioned isolation. There is no easy answer except for us all to be watchful - not to become vigilantes or nosey into our neighbours’ affairs but to be mindful of when there is a change of mood or lifestyle which may betoken a problem and for which some support may be necessary. In the past I have taught in Human Resources classes how work-mates can spot changes in behaviour, sickness absence or lateness which can be symptoms of something worse. That includes the home and family – the breakdown of a relationship, a sense of poor worth or that the world has dealt an individual a bad hand can need an especial investment of sensitive time and action. It also means combating the fear of the other which so often manifests itself into prejudice and persecution but so often is bred of ignorance and a failure to engage the desire for which, admittedly, has to be mutual.

Democracy. We can see what can go wrong and imperil public faith in democracy by looking across the ocean and seeing the situation in the USA which invented the term “gerrymandering”. We can see how in the UK a probably flawed referendum with no safeguards as to minimum turnout or margin between sides has led to half the people of Britain feeling disenfranchised and creating deep rifts not only in the general public but also in our two main political parties. The widespread use and ease of electronic expressions of opinion have taken us away from the concept of representative democracy enshrined by Edmund Burke. The fact that it took a coalition of two parties to see a government which had the support of more than 50% of the voting population, not seen by any single party government since before the Second World War, may give some indication as to one of the causes of disillusion with politics. An unelected Second Chamber with no enthusiasm to reform it and an electoral system which means that, in reality, an election is fought out in only those seats which can change hands, about one fifth of the total, shows that the current system cannot match modern aspirations.

Finally, all these five concepts are underpinned by an overarching one, fairness, which encapsulates much of the above. For me as a lawyer one of the most important aspects is that all have equal access to the rules governing society which we call the law. That is why I regret the restrictions on legal aid where the issues still have an enormous impact on the welfare and happiness of the individual such as in immigration matters.

It is the idea of a social contract that persons' moral and/or political obligations are dependent upon a contract or agreement among them to form the society in which they live as advanced by Hobbes, John Locke and Jean-Jacques Rousseau.

“We are all in this together” is not a bad talisman for a cohesive society.

The Charlemagne Lecture  was first given in 1992, under the auspices of the Charlemagne Institute, and tackles current ethical and political issues, with a particular focus on Europe. Previous lecturers include HRH Prince Hassan of Jordan, Sir Stephen Wall GCMG, LVO, HE Georg Boomgaarden (German Ambassador in London) and Daniel Mulhall (Ambassador of Ireland to Greast Britain). 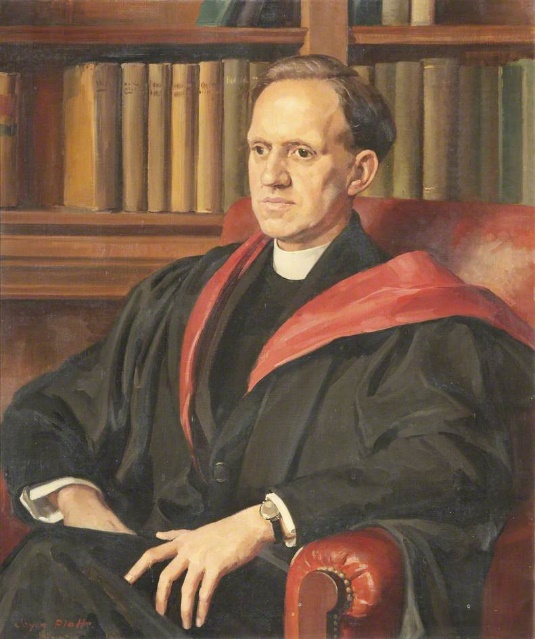 The Corbishley Lecture (more properly the Thomas Corbishley Memorial Lecture) is given annually in memory of Father Thomas Corbishley SJ.  Fr. Corbishley was Master of Campion Hall, Oxford and later Superior at Farm Street, London. He was the first Chairman of Christians in Europe, an ecumenical group dedicated to educating church people about the European Community.  He was a tireless supporter of the work of the International Ecumenical Fellowship and of the Wyndham Place Trust. This annual lecture series was inaugurated after his death in 1976 and focuses on a wide range of international concerns.   Previous lecturers include Lord Jakobovits, Lord Ramsey of Canterbury, Lord (John) Alderdice, Sir Ivor Roberts, Rt. Hon. Frank Field MP, Prof Tina Beattie.